The popular-vote loser and allegedly illegitimate President Donald Trump wants to privatize the Veterans Administration. The Liar-in-Chief claims that vets are not getting the medical care they deserve.

But Bill Moyers.com reports, “Scamming US Veterans: Efforts to Privatize Veterans Administration’s Health System … Evidence suggests that a privatized system would make worse any problems veterans now face in getting care — and it is likely to cost more money.”

How much do you think the VA infrastructure is worth – all those hospitals and clinics that were built with public funds over the last century – Trillions?

Just one of the 168 VA hospitals, the one in Palo Alto, has over 800 beds, including three nursing homes and a 100-bed homeless domiciliary – all to serve more than 67,000 enrolled Veterans.  Although the cost of building a hospital varies depending on where you live, an answer on Quora estimated the cost is about $1.5 million per bed. If accurate, the VA hospital in Palo Alto is worth about $12 billion.

If one VA hospital is worth about $12 billion, what are all of them worth?

Some states are already giving, yes giving – not selling, public schools and the property to private sector, for profit, corporate charters and those charters, when they go out of business, and many close their doors annually, can sell that property resulting in a 100-percent profit because that land and the buildings were free. If the state wants that school back that taxpayers already paid for, then it has to be paid for again with public funds.

I’m a woodworker. That’s my hobby. Last summer on a Saturday, even with all my safety gear (goggles, Hepa filter mask, ear protection, gloves) I still ended up with a wood-chip embedded under my left eye lid and that chip was scratching the surface of my eye.  When I called the VA’s 24/7 nurse, I was told that there was a high risk of losing vision in that eye. She said, “Get to a hospital emergency center as soon as possible.”

My vision was blurred and the pain was intense.  The closest hospital emergency room was at John Muir Hospital in Walnut Creek, and my VA medical coverage might not cover the cost of that visit.

It cost my former sister-in-law several thousand dollars when her youngest son had a severe asthma attack, and she didn’t have health insurance.

“For patients without health insurance, an emergency room visit typically costs from $150 – $3,000 or more, depending on the severity of the condition and what diagnostic tests and treatment are performed. In some cases, especially where critical care is required and/or a procedure or surgery is performed, the cost could reach $20,000 or more. “ – CostHelper.com

I couldn’t risk it but I couldn’t drive, so I asked a friend to drive me to the VA hospital in Palo Alto, California where the VA has a 24/7 emergency medical center. That VA hospital is huge.

After arriving, I didn’t have to wait long before I was seen by two doctors who then referred me to a specialist, a doctor on call from the Stanford University’s Medical Center. The Stanford doctor drove to me at the VA hospital and saved my eye.

I discovered, when possible, the VA has partnered with many private sector and university hospitals to make sure vets get the care they need. After all, The Washington Post reports there is a shortage of primary care physicians in the United States, and it’s going to get worse.

In any huge system there is going to be problems, but my experience with the VA is that the problems are few compared to the private sector where I had my medical care for decades before I retired from teaching and turned to the VA for medical care.

And U.S. News.com reports, “Medical Errors Are Third Leading Cause of Death in the U.S.”

Turning the nation’s vets over to the private sector, for profit medical care system is not the solution to any problems the VA medical system has.

In fact, thanks to the VA’s innovative computer information system, most of the mistakes that cause deaths outside of the VA do not happen there.

From the Bill Moyers piece (link above): “The key point was that the VA system effectively tracks patients through their various contacts with doctors and other health care professionals.”

“This reduces the likelihood that they will get unneeded treatment, but more importantly, ensures that the patient’s doctors are aware of the other treatments their patient is receiving. A major problem for patients seeing multiple doctors is that none of them may have full knowledge of the set of conditions afflicting the patient or the drugs they might be taking. By keeping a central system and having a general practitioner assigned to oversee the patient’s care, the VA system minimizes this source of mistakes. In fact, this model is so successful that most providers have tried to move in the same direction in recent years.”

The VA also negotiates the cost of drugs with the private-sector, for-profit drug industry. The Los Angeles Times reports, “the VA pays 40% less for drugs than Medicare.”  In fact, if Trump and/or Congress allowed Medicare to negotiate drug prices too, the savings could be about $30 billion annually.

Back to Bill Moyers: “Nonetheless, as Alicia Mundy points out in a recent Washington Monthly piece, the VA system still did quite well by most measures. An analysis done for the VA in 2010 found that nearly all the studies comparing the quality of VA care with its counterparts in the private and public sector found that the VA provided care that was as good or better than what was available in its competitors.”

The New York Review of Books says, “Privatization means that a public service is taken over by a for-profit business, whose highest goal is profit. Investors expect a profit when a business moves into a new venture. The new corporation operating the hospital or the prison or the fire department (or the school) cuts costs by every means to increase profits. …

“For the past fifteen years, the nation’s public schools have been a prime target for privatization. Unbeknownst to the public, those who would privatize the public schools call themselves ‘reformers’ to disguise their goal. Who could be opposed to ‘reform’? These days, those who call themselves ‘education reformers’ are likely to be hedge fund managers, entrepreneurs, and billionaires, not educators. The ‘reform’ movement loudly proclaims the failure of American public education and seeks to turn public dollars over to entrepreneurs, corporate chains, mom-and-pop operations, religious organizations, and almost anyone else who wants to open a school.”

It’s already happening to our public schools; it can happen to the Veterans Administration too. I don’t want some greedy SOB like Donald Trump to destroy the quality of VA medical care. 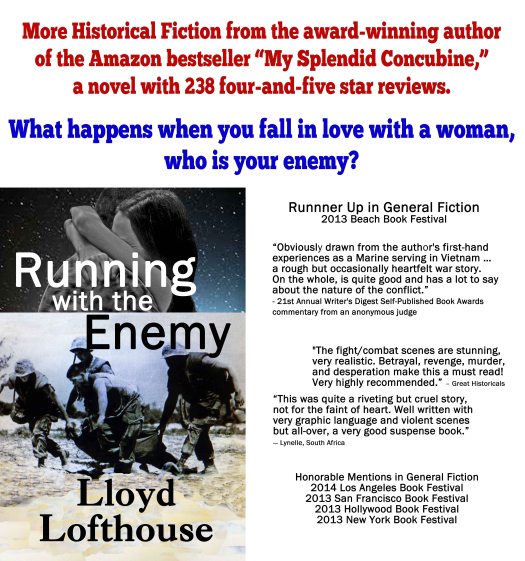 The Berkeley Branch of the California Writers Club
Loading Comments...