A:  It certainly wasn’t my original plan.  When I retired from teaching, I had no intention of writing anything.  But when my mother handed me those letters, the book took shape quickly.  I still feel as though my father is the real author of the book. It’s as though he stood over my shoulder the entire time.

A:  I call it a “book” because it defies easy categorization.  The genre would have to be “historical novel,” and yet that doesn’t quite work for me either.  Dad’s letters are primary witness accounts of events as they happened.  My mother’s interviews are her own memories, filtered by time and my reporting of what she said.  The back-story of the war experiences is my fictional version of what I read in the letters and remember from my father’s stories.

3. Q:  Did you have any other books to serve as a model for your writing?

A:  Yes, but they were not war novels. I have never been interested in reading books about war time and my lack of depth in this area was a major weakness when I began.  Margaret Atwood wrote a book called ALIAS GRACE.  It is historical fiction and tells the story of a woman by using articles and public records about her.  Her book made me realize that this book of Dad’s would actually work as a genre of literature. I was encouraged by her pattern of including original documents, her own research, and a back-story that, while it might not have happened, was entirely plausible.  Just because it didn’t happen exactly as written does not mean that it isn’t true.

A:  I started scanning the letters at Christmas time in 2010.  I read the letters as I scanned, and the idea for the story took root over the next few months..  I began the actual writing four months later.  My goal was to complete the book in time for my Mother’s ninetieth birthday on December 8, 2012.  Then I received a diagnosis of cancer.  Surgery, chemo, and radiation treatment began in August of 2012.  I printed a “rough draft” which was a hard-cover family version.  Only twenty copies came off the press.  Once I had recovered my faculties, such as they are, post chemo, I edited the book with the help of my Writer’s Workshop group.  The book has been up on Amazon as a Trade Paperback and e-version since September of 2013.

5. Q:  Your mother is a character in the book. What was your mother’s reaction to the story?

A:  She says she feels like quite the celebrity.  The book has received a very positive response, and she has heard from people from her home town as well as relatives and friends.  She did say that she thought I was too hard on Grandma Hendrickson.  And every time she reads a section through again, we have a conversation about that during our phone time. I still phone her every Saturday morning.  She always tells me that my father would be very proud to read it…and we both laugh.  We can see him shaking his head to think that his letters would be available to the world to read.

6. Q:  How do you think your father would react to the book?

A:  I can only hope that he would feel like it was a true depiction of who he was and who the men were who fought alongside him.  Dad’s life was one of sacrifice for others.  I think this is true of most men who serve their country, but especially so for the boys who fought in World War II out of conviction for a cause and a sense of duty.  Dad wanted to bring his brother back from PW camp.  He wanted to right a wrong.  He lived his life by those convictions.

7. Q:  Would you characterize this book as a romance more than a war novel?

A:  I never saw it as a romance.  These were just my parents.  It was only after reading it aloud, six pages at a time, to my editing group that I had any sense at all that it would be perceived as such.  One woman said, “Gail, I have fallen in love with your father.”

I do think that the history piece and the war story he tells might fall into the category of edging on being anti-war.  But I have a strong notion that most men who go to war would like to be certain that their children will not have to.  Dad’s idea was that this would be the war to end all wars.

The answer to your question should probably be that the book will be seen by the reader as they wish to view it.  There are two history teachers I know of who are using the web site for the book with lesson plans to provide a research source for studies of WWII.  And there are women who read it just to enjoy the story line provided by the strong relationship my parents were able to forge in war time. 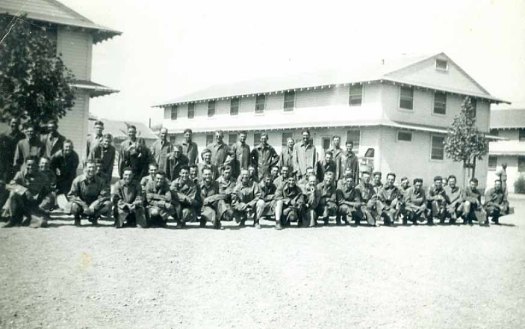 8. Q:  The link to your web site is included as a section in the book.  Why is that?

A:  When I wrote the first version, I scanned all the letters, pictures, etc. and copied them to a thumb drive for my family.  As I was editing the final book, I realized that the graphics would make the book far too expensive for printing.  Also, folks who read it before publication were, for the most part, interested in the letters.  So I decided to set up a web site where people could go and find every letter, document, and photograph Mom saved from those two years of war time.  HeWroteHerEveryDay.com is up and running for those who are interested.

9. Q:  What kind of response have you gotten from people who have read your book?  You mention that the response has been largely positive.  Any negatives?

A:  Yes, the response has been warm and generous.  But then, the people who know me would probably not tell me if they didn’t like it.

Many people who read the advance manuscript wanted to know more about Dad after he got home.  So the published version has a brief epilogue that outlines Dad’s life post war.

I did have one relative who wasn’t happy about a small anecdote in the book about someone on my mother’s side of the family.  That surprised me, because the story is primarily about my father and the Arizona Hendricksons.  But that was the only sour note in the symphony…at least so far.

A:  I honestly don’t think so.  This book was unique in that it was driven by real events that were already written about by the subject of the book, my father.  I am too close to the years following Dad’s war service. That was my childhood and I was his first baby since the twins were 5 months old by the time he got home. I would not know where to begin.

And, after all, the whole point of the book is that my father was just an ordinary man who lived through extraordinary times.  He was sent to war. They didn’t just hold the Germans off; they turned the tide of the war.   Dad wasn’t expected to survive, but he—and so many thousands of others—did survive.  And they came home to America and lived ordinary lives.  While that story might not make a good sequel to this book, it certainly made a good life for me and those of my generation.  It’s a legacy that I hope we will be able to pass along to our children.

Return to or Start with He Wrote Her Everyday, a review by World War II Vet and author Allan Wilford Howerton

Lloyd Lofthouse, this blog’s host, is a former U.S. Marine and Vietnam Veteran.

His latest novel is the award winning suspense-thriller Running with the Enemy. Blamed for a crime he did not commit while serving in Vietnam, his country considers him a traitor. Ethan Card is a loyal U.S. Marine desperate to prove his innocence or he will never go home again.

And the woman he loves and wants to save was fighting for the other side.