My novel, “Running with the Enemy”, is being featured Sunday, November 10, at The Fussy Librarian, a new website that offers personalized e-book recommendations. Readers choose from 32 genres and indicate preferences about content and then the computers work their magic. It’s pretty cool — check it out! @ www.TheFussyLibrarian.com 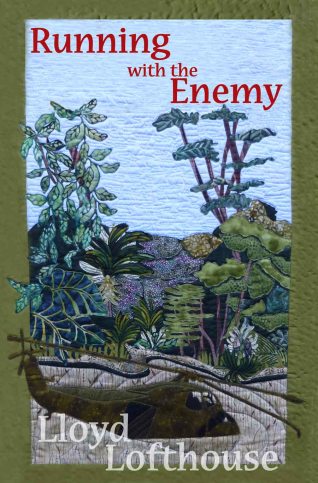 Literary Awards for this novel:

Praise for “Running with the Enemy”

“Obviously drawn from the author’s first-hand experiences as a Marine serving in Vietnam,Running with the Enemy is a rough but occasionally heartfelt war story. … The book is sometimes too obviously drawn from his experience. But ultimately that’s a small complaint about a book that, on the whole, is quite good and has a lot to say about the nature of the conflict …”
– 21st Annual Writer’s Digest Self-Published Book Awards commentary from an anonymous judge

“The author definitely has inlcuded vivid, entrancing descriptions of the country, the people and the military who served there. … It is an action-filled, intriguing story I will not forget soon.”
– 5-star review from KMT through a Library Thing Giveaway

“From the first chapter to the end, it kept me going. Lofthouse writes from his heart and that always makes for a good story.”
– 4-star review from Mahree through a Library Thing Giveaway

“For those who would like to get a sense of what combat was really like, this is an excellent book, which began as a memoir of Vietnam.”
–  4-star review from Harvee L.   [an Amazon Vine Voice]

“This was quite a riveting but cruel story, not for the faint of heart. Well written with very graphic language and violent scenes but all-over, a very good suspense book.”
– 4.5-star review from Lynelle of (South Africa)