1:  The Disappearance of Mr. Tzu

Monday mornings are tough at the best of times. The Financial District of San Francisco swarms with people craving their caffeine turbo charged as they transition from weekend wildness to the cubical and office. The line for coffee snakes out of The Daily Grind onto Spear Street and I, the barista, marshal my staff to satisfy the needs of my newly adopted city.

Nothing can stop me as steam rises from the Beast, our espresso machine, which hisses and whistles as I concoct cappuccino, mochaccino, latte, espresso, nonfat, low fat, decaf, skinny. I am focused. Nothing can take me out of the groove as I serve the suits, the ripped jeans, the police uniforms.

Police Uniforms? One is a huge ruddy-faced officer while the other is smaller, mustached and maybe Hispanic. I’m still too new in the US to accurately place the myriad of people who make up the melting pot of San Francisco. But I do notice that the smaller officer wears wraparounds even inside our coffee shop.

“Are you the barista?”

“Yes sir. My name’s Will … Will Taylor. What can I get for you?” What are the customers thinking? What did he do? He made such a nice latte. Who would have thought?

“Good morning, Will. I’m Captain O’Connor and this is Sergeant Mendez. We’re SFPD.” Two badges flash against the fluorescent lights held in front of the midnight-blue uniforms. “We’d like to talk to you about your employer, Mr. Tzu.”

“Now?” I glance at the line then my watch. It is a few minutes to nine o’clock and the rush is almost over.

“Can we move this away from the counter, gentlemen, and maybe give me just five minutes here?” My tone is a mix of impatience and a fear of authority—especially in a land I am not used to. “Why don’t you sit over at that vacant table, and I’ll bring you coffee?”

As I continue to work our espresso machine, I recall a conversation on Saturday with Tabitha. Tabs was due to replace me for the afternoon shift but, as she often did, she came in early to hang out, as the weekends are pretty quiet.

Tabitha was my first true friend after I arrived in the US, and we have remained close since. She is young, thin and has a tendency to wear body-clinging clothes that appear to have shrunk several times over. Her mousey blond hair is straight and looks fashionably neglected. She has piercings everywhere. Tabitha can be dead cool or apple pie fresh; apparently, it is somehow related to the moon’s cycle.

“Hey Hemingway,” she said with a chirp.

When we first met, I made the mistake of trying to impress upon her my desire to become a famous writer with a Hemingway quote. I’m pretty sure she uses the nickname as a token of affection.

Tabitha is supposed to be an art student. She is enrolled at the nearby Academy of Art, although she seems to attend with varying degrees of intensity. She never likes to discuss her art or her studies and I have learned to avoid the topic.

Our relationship is purely platonic. She’s been to my apartment a few times for dinner and a movie. Twice she slept over as it was late; yet there was no suggestion of anything sexual. She could be my little sister—I always wanted a younger sibling to bully.

On Saturday, I had been cleaning the Beast, which our boss demands must sparkle and purr. Mr. Tzu was apparently one of the first to import such a fine espresso machine from Europe and was extremely proud of it.

“The Beast looks good,” Tabitha said, patting the metallic giant. “You take good care of …” Her voice had faded.

I stopped cleaning the machine and turned to her. “What’s up, Tabs?”

“Tzu chewed me out the other day.” Her voice quivered, and she played with a hanging lock of hair. “He was brutal.”

Though Mr. Tzu is my boss, I know little about him. When he saw that I could not only function as barista but also as shift manager, he had me running the opposite shifts to him.

An elderly Asian American, Mr. Tzu is nearing retirement. He’s prompt, quiet and formal. Although there is a high staff turnover, I’ve never heard of someone being yelled at or fired acrimoniously. Tzu provides health benefits, not a given in this line of work, and we enjoy the informal work environment and compensation.

“Nothing really.” Her tone was sulky, bottom lip pouting. “I hadn’t cleaned the Beast properly in his eyes.”

“He is very protective of it,” I replied, trying a sympathetic approach.

“The coffee machine wasn’t the reason!” Tabitha snapped. “He was really pissed, Will. There’s something going on.”

I pause, puzzled by her response. “I’m sorry he got mad, but what do you mean?”

“Well, you know. He’s married and has kids somewhere. I’ve never had a meaningful conversation with him, but I sense something is eating at him—something serious.”

I hadn’t given it any more thought. My shift finished and I spent the rest of the weekend writing vigorously on my laptop. In fact, this whole scene had slipped my mind until now when the police entered the coffee shop. 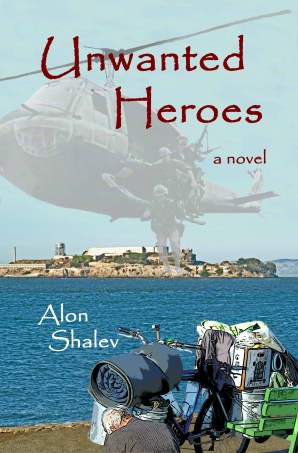 “Why? What’s happened?” I sip a glass of water I have with me.

“He’s disappeared, Will. No one has seen him since Thursday. What can you tell us about your boss?”

“Not a lot. I’m curious. A grown man disappears for a few days and the police are already involved?”

“Listen, kid,” replies Captain O’Connor, a big muscular fellow with an imposing mustache and balding head. “San Francisco might seem like a big city to an outsider like yourself—an Englishman no? But we still have neighborhoods, communities, and we still look out for each other. Mr. Tzu is known around these parts and there’s a history. Let’s just say that this isn’t the first time, okay? Now please, tell us what you know about your boss.”

I shrug. “Probably less than you. When he hired me, he was looking to reduce his hours. He’s getting old; probably thinking about slowing down. I’ve considerable experience as both a barista and sommelier, and I studied business for a while in college. I really don’t know him. Once he saw that I’m competent, he pretty much has had me working the opposite shift to him.”

I sip more water and try to think of something else. “There’s a Mrs. Tzu and kids, grown up I think, but I’m not sure how close the family is or where the kids live.” Both O’Connor and Mendez display bored expressions, and I say, “I’m not telling you anything new, am I?”

“No, you’re not,” replies O’Connor. “Think of something that might be relevant to his disappearance. How’s business? Any problems come to mind?”

“I think business is pretty steady,” I say. “But I don’t see the books, so I can’t be certain.”

“What else is sold here, kid?” The second cop, Mendez, leans in and speaks quietly, his voice a fair James Cagney. “Anything, you know, on the side?”

I stare at him for a few moments wondering if he’s joking, but he just stares back blankly awaiting my answer. Mendez, in contrast to his partner, is a small, dark man with jet-black, greased-back hair and sunglasses. We’re a month into a gray San Francisco winter and he’s still sporting sunglasses—indoors. His badge, on the other hand, is extremely shiny and glints when it catches the café’s ceiling lights.

“What do you mean?” It’s about all my brain can muster.

“Drugs, gambling, numbers, you know?” Mendez no doubt reels off such a list a few times a day.

“None of that stuff.” Is he joking?

The Hispanic cop wiggles his nose as if trying to pick up a scent. “You said that he has you working the opposite shifts to himself, correct? Ever thought he did this on purpose?” He stares at me over his steaming coffee cup. There is some froth on his dark mustache. “Perhaps he’s keeping you away from something?”

“Of course not,” I answer. “I told you he’s just slowing down and feels he can trust me.”

“Yes, you did.” He takes another calculated sip of coffee. More foam beds down in his moustache. “Any of the staff mentioned someone coming into the coffee shop and arguing with him? Or have any of them argued with him?”

I glance at Tabitha thinking about her argument with Mr. Tzu over the Beast but shake my head. “No, not that I know of.”

“Anyone fired recently?” Mendez is certainly persistent. “Perhaps someone left feeling like he screwed ’em?”

I’m really no help. “Maybe you should talk with the other employees,” I say. “I need to get back to work. Do you have any more questions?”

“Not for now.” O’Connor says handing over a business card. “If anything comes to mind, call us.”

As the captain walks out the door, his partner leans back in still holding his coffee cup. His James Cagney tone is little more than a whisper.

“Keep an eye on the girl.” His eyes flash toward Tabitha. “We know about their argument, and we know you didn’t tell us. It’s all about the espresso machine. If it ain’t treated right, we can tell.” He taps his nose with a thick, gold-ringed finger. “The customer always knows.”

Growing up in London, Alon Shalev has been a political activist since his early teens. He strives through his writing to highlight social and political injustice and to inspire action for change.

Moving to Israel, he helped establish a kibbutz where he lived for 20 years and served in the Israeli army.

Shalev then moved to the San Francisco Bay area and fell hopelessly in love with this unique city. Being new to the US, however, he was shocked to see so many war veterans on the streets. He regularly volunteers at initiatives such as Project Homeless Connect and the San Francisco Food Bank where he meets and talks with war veterans.

You may buy Unwanted Heroes at Amazon.com